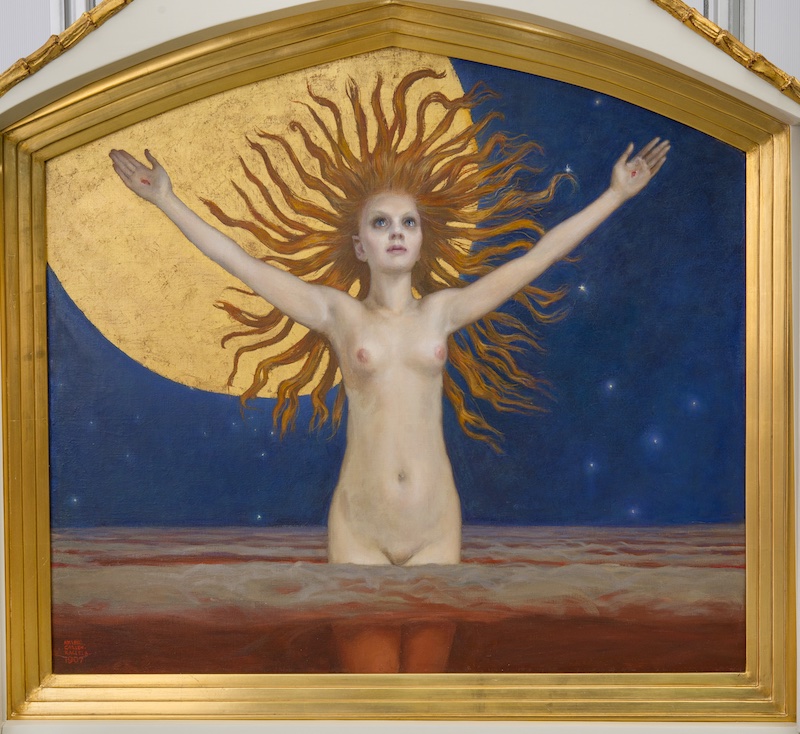 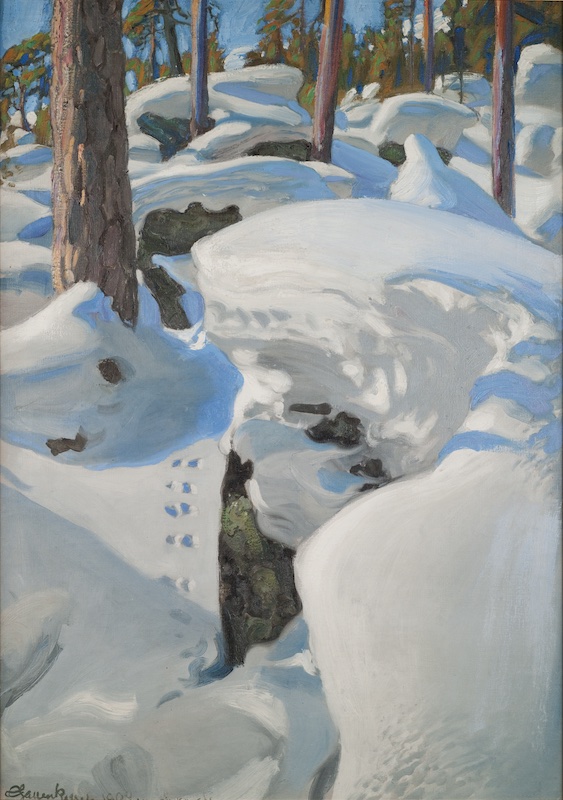 During the summer of 1888, he shut himself up in his Parisian studio to create his first major painting based on the Finnish epic of the Kalevala: The Legend of Aïno. In a medieval triptych, with a symbolic frame decorated with golden swastikas, the artist represents the young Aïno playing with the undines and transforming herself into a fish to escape the concupiscence of the old Vaïnämöinen who came to seize her in his boat. Deeming his first "masterpiece", yet of rare freshness, unfinished, Gallen gave up presenting it at the Salon of 1889, and fled to Karelia, the cradle of Finnish culture where Lönnrot had gone to collect the legends of the Kalevala, in an attempt to compose a more natural and informed variant.

Excerpt from Laurence d'Ist's article published in the N°101 of Art Absolument magazine.