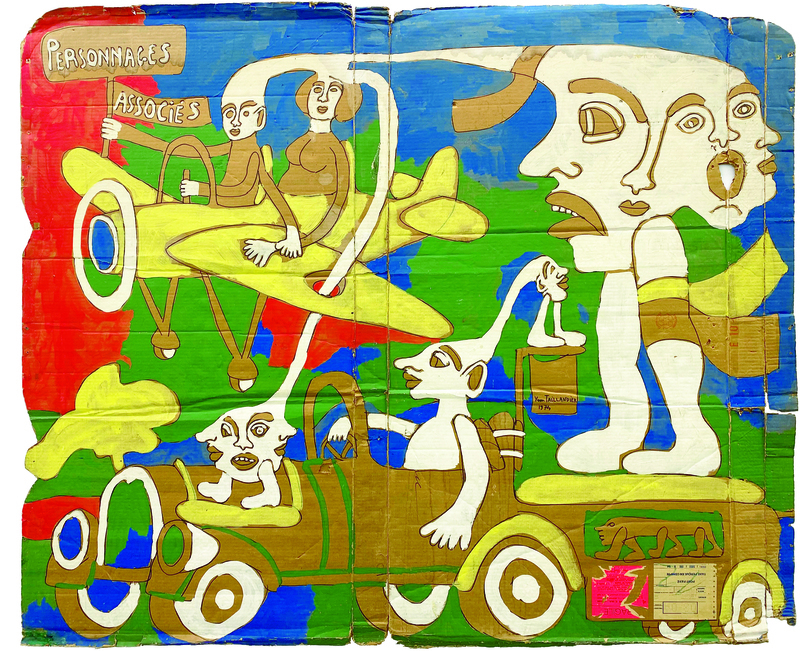 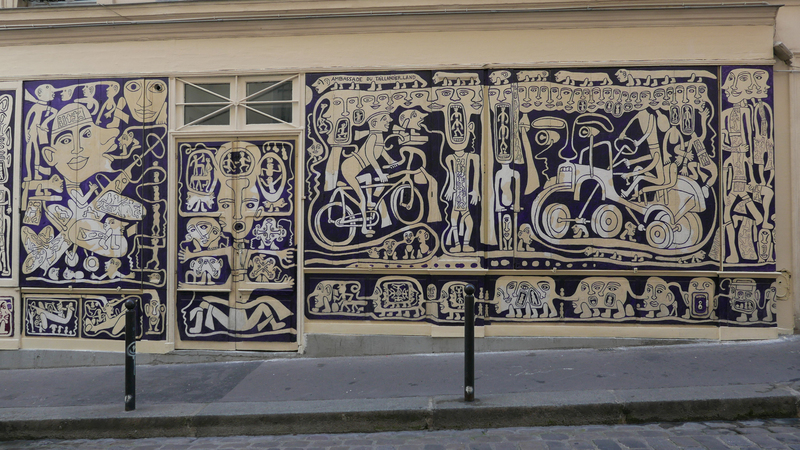 Who is the pioneer of free figuration? Neither Hervé Di Rosa nor Robert Combas, as one might think, but Yvon Taillandier. For should we really take into account the fact that he was fiercely opposed to such assimilation when his images speak for themselves? While his younger brothers made their dramatic entrance into art in the 1980s, Yvon Taillandier, born in 1926, created his Taillandier-land in the early 1970s - a joyful populace of polymorphous characters with caricatured faces, floating in simple, cheerful color settings, prefiguring Di Rosa's Renés. "I don't do free figuration, I do liberating figuration", proclaimed the artist who also worked as an art critic or as secretary of the Salon de Mai for forty years - a formula explaining the liberties he took in his drawings, drawing inspiration from popular iconography and rock culture and incorporating into his compositions the asperities of his supports (wall, tarpaulin, furniture, cardboard boxes...). In the paintings on cardboard shown in Le Mans by Lucien Ruimy, Yvon Taillandier is also a narrator. His drawings consist of an initial form, half-man half-animal, which, step by step, metamorphoses. In the same image, he shows us the before, during and after, adding texts in bubbles or inserts. And if his work delivers a story, it is above all a "hymn to happiness". She tells her amused look on modern men, all connected, circulating on machines of our time and dedicated to evolve with a crazy speed.

Extract from the article by Emma Noyant, published in the nº99 of the magazine Art Absolument.