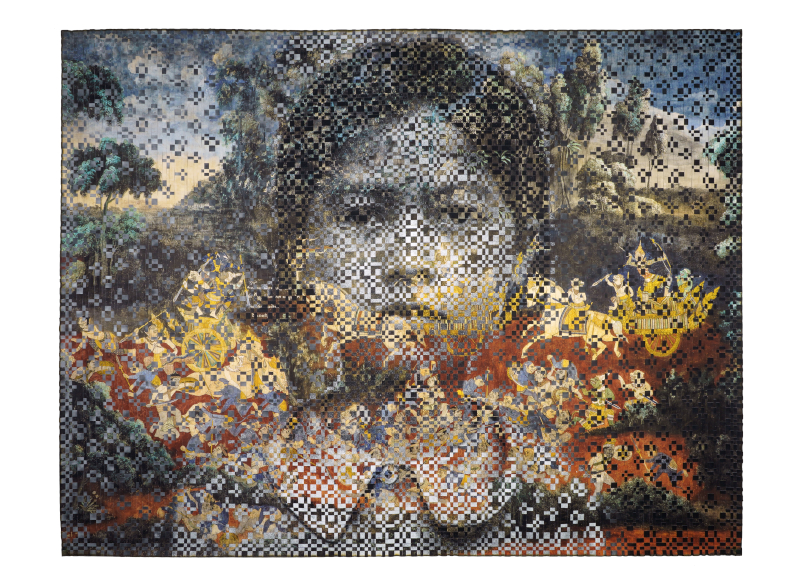 After mixing, in orange and blue shades, historical photos and film images in his series From Vietnam to Holywood, Lê mixes terror and beauty by associating the faces of victims of the Khmer Rouge with bas-reliefs of Angkor Wat in the shattered and burned prayer rugs of Splendor and Darkness. Remembering the chaotic American evacuation of 1975 and the crowded aircraft carriers forced to throw their surplus aircraft into the sea, the artist recreates in his video The Farmers and the helicopters the staggering and brutal fall of helicopters into the quiet of the Pacific. "I am in a struggle against the darkness," he says. The musée du quai Branly gives him back the light.

Extract from the article by Emmanuel Daydé published in the N°103 of the magazine Art Absolument. Publication on October 14, 2022.