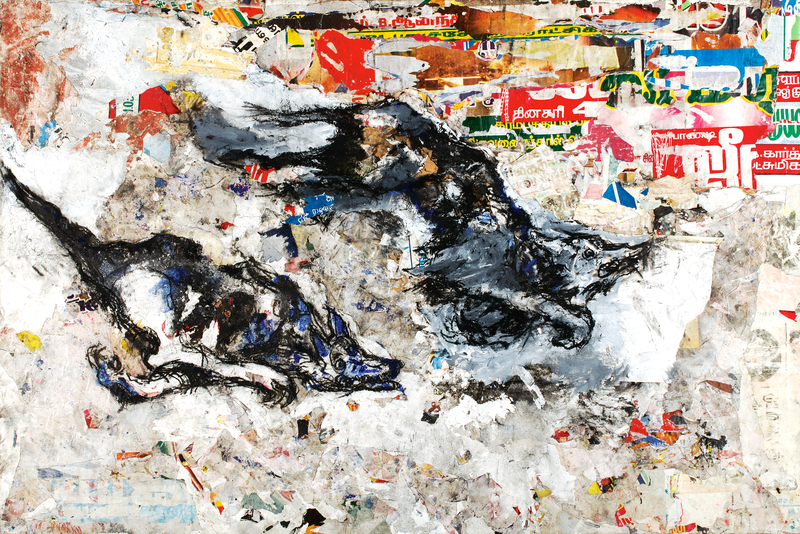 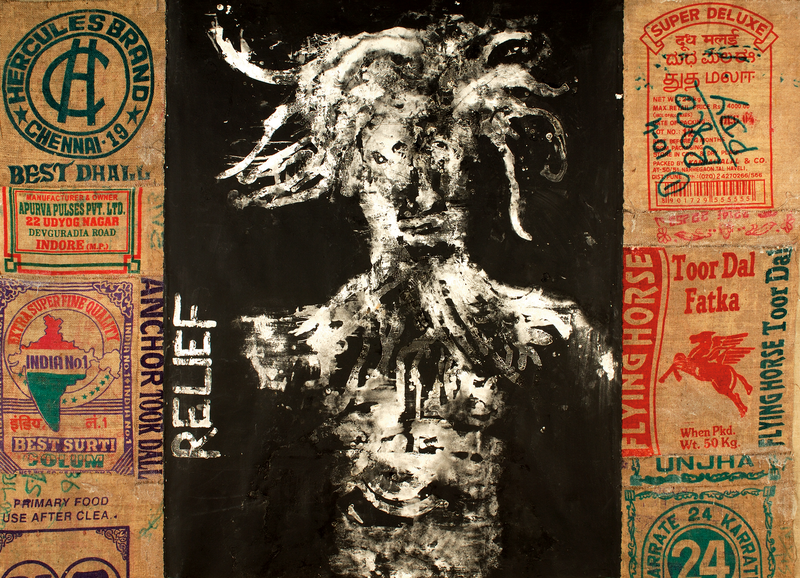 For its second collaboration with Fred Kleinberg, the Loo & Lou gallery unveils a deeply humanist artist, showing the fruit of his travels in India, between 2000 and 2010. In 2004, while he was in residence near Pondicherry, his studio was completely destroyed by a tsunami. No matter, "necessity is the truth" (Deleuze), it creates a ground conducive to renewal. The sea gives him back a roll of paper marked by salt and water, he finds some pastels and, in a radical economy of means, realizes a work of the magnitude of the disaster it depicts: panic-stricken characters, carried away by gusts of wind, on some 18 meters long. To the question "Are you a committed artist?", the one who recognizes an affinity with Géricault because his Tsunami, like The Raft of the Master, "questions the responsibility of the state" answers that all creation is in a sense. He defines himself rather as a reporter in painting. He is also a romantic, at least in two respects: for the dramatic tension emanating from works marked by death, and because they respond to the Baudelairian definition of what painting should be, namely the representation of a reality governed by feeling.

Excerpt from Emma Noyant's article published in the No. 98 of the issue Art Absolument.