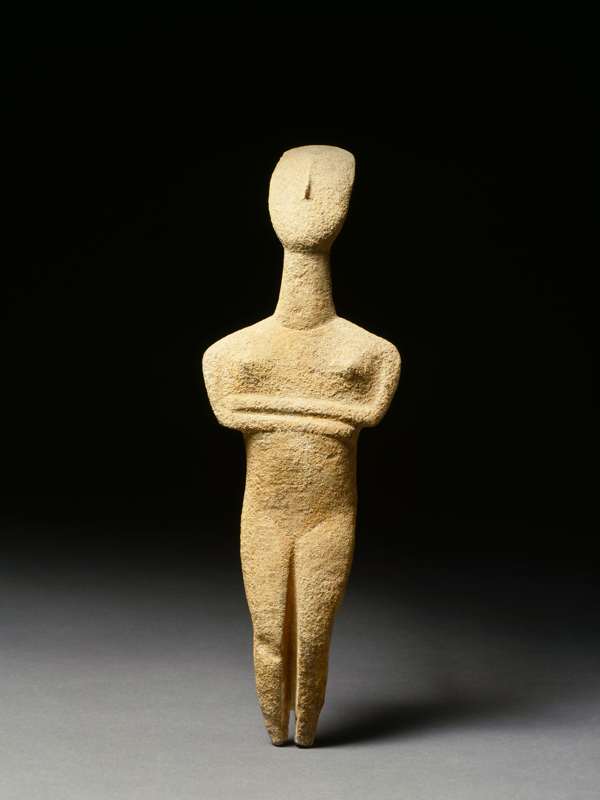 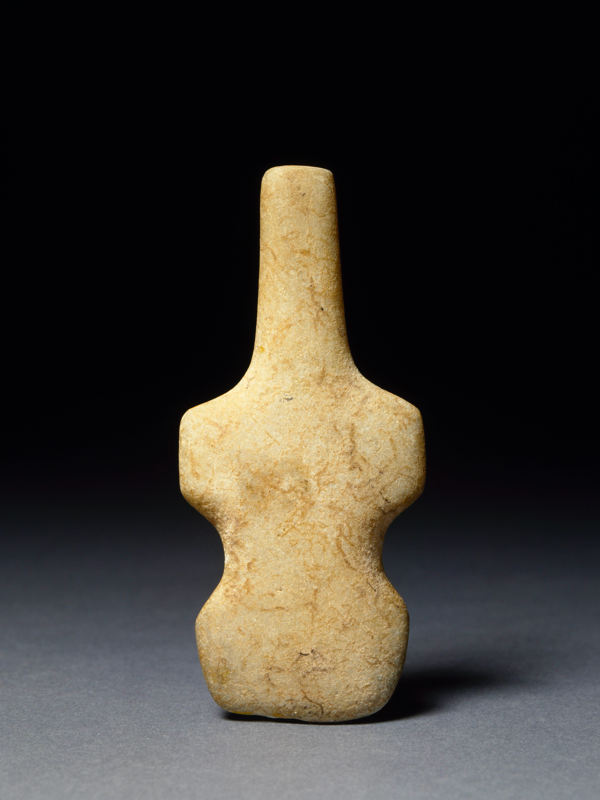 Around 2800-2700 B.C., while Western Europe was building impressive human-sized menhir statues (the most beautiful specimens of which are preserved in the Fenaille Museum in Rodez), Cycladic culture was at the same time opening up the history of pre-Hellenic art by sculpting its mysterious, ecstatic and sleek "idols" in the white marbles of Naxos, Paros and Ios. [...] In only a few tombs were found, alongside pottery with pansy shapes and spiral motifs, vases and ear cups, female figures carved and polished in marble. The first example of a schematic figure, the violin idols of this early Cycladic art could derive from the completely flat figurines of the end of the 5th millennium BC, such as the one found at Saliagos.

Extract from the article by Emmanuel Daydé published in theN°97 of the review Art Absolument.