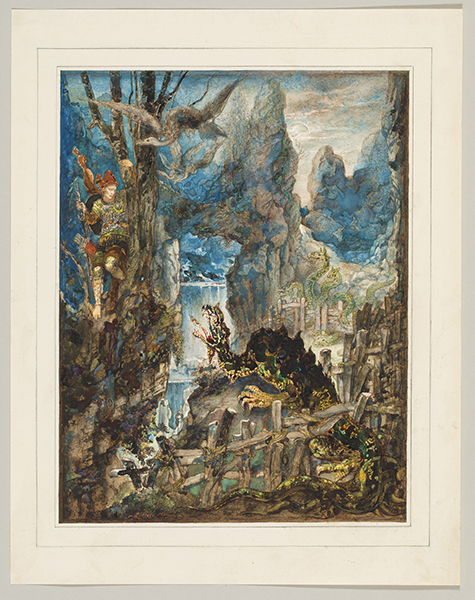 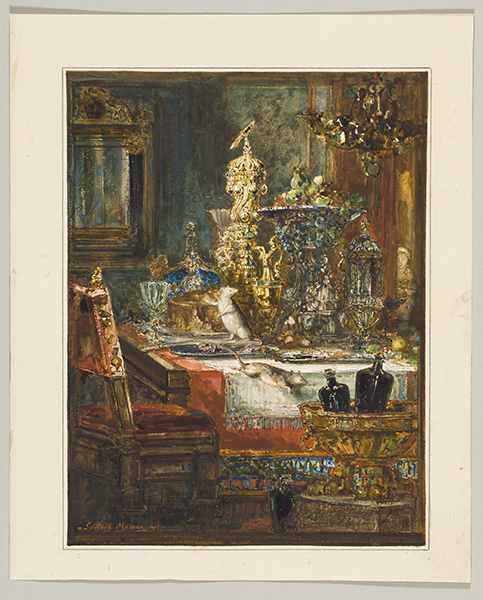 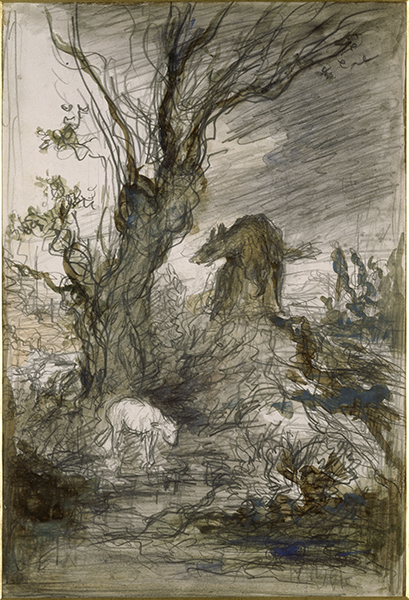 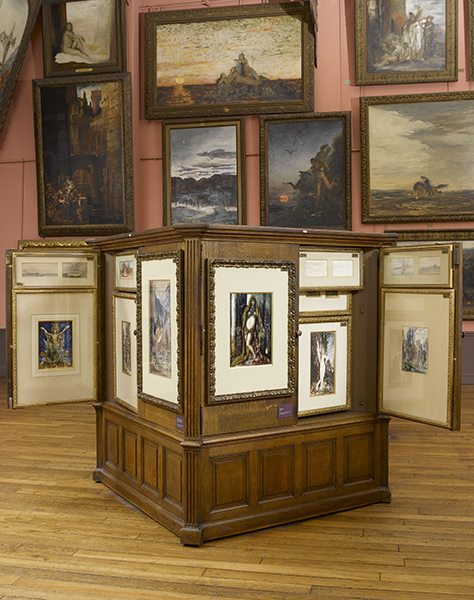 Proceeding in two phases, Moreau began by studying the animals of the Muséum national d'histoire naturelle and the Ménagerie, before working in his home studio in the rue de la Rochefoucauld. In all, sixty-four watercolours were painted by the Symbolist between 1879 and 1894, thirty-five of which are presented in the place where they were done, accompanied by some forty preparatory studies, to give an overall view of the commission, before a second stage in England. Among them is The Oak and the Reed, whose purity of landscape is surprising given Moreau's propensity to paint in a way that is alien to naturalism, and which confirms the role of the imagination. Another more expected example is the illustration of The City Rat and The Field Rat, where we find the importance of decoration, overloading and ornament so dear to the painter, but also his taste for the meticulousness of Flemish painting, taking details from paintings admired in the Louvre by basing his translation of objects copied in the same institution.

Extract from Emma Noyant's article published in the N°96 of the magazine Art Absolument.