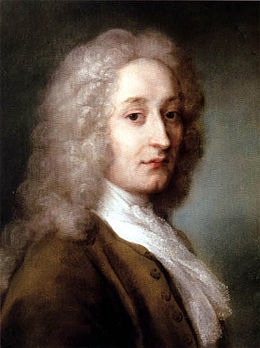 Arriving in Paris in 1702, Watteau began a career as a subcontractor for a merchant painter on the Pont-Neuf, before frequenting Claude Gillot, who passed on to him his taste for commedia dell'arte, and then Claude III Audran, who introduced him to engraving. The ups and downs of his reception at the Academy, in the midst of the creation of a specific genre, the Fête galante, prove that the ankylosis of the institution did not leave it deaf to innovative talent, even allowing it the freedom to drag out the required tribute. And Watteau had them simmering for years while waiting for the customary reception piece! This inimitable talent, even if Lancret and Pater tried to approach him, propelled him into the firmament of the most excellent painters of all times before, ill, a treatment with a London medical expert, Richard Mead, who commissioned two paintings from him in passing, failed and a sudden bout of phthisis killed him in 1721.